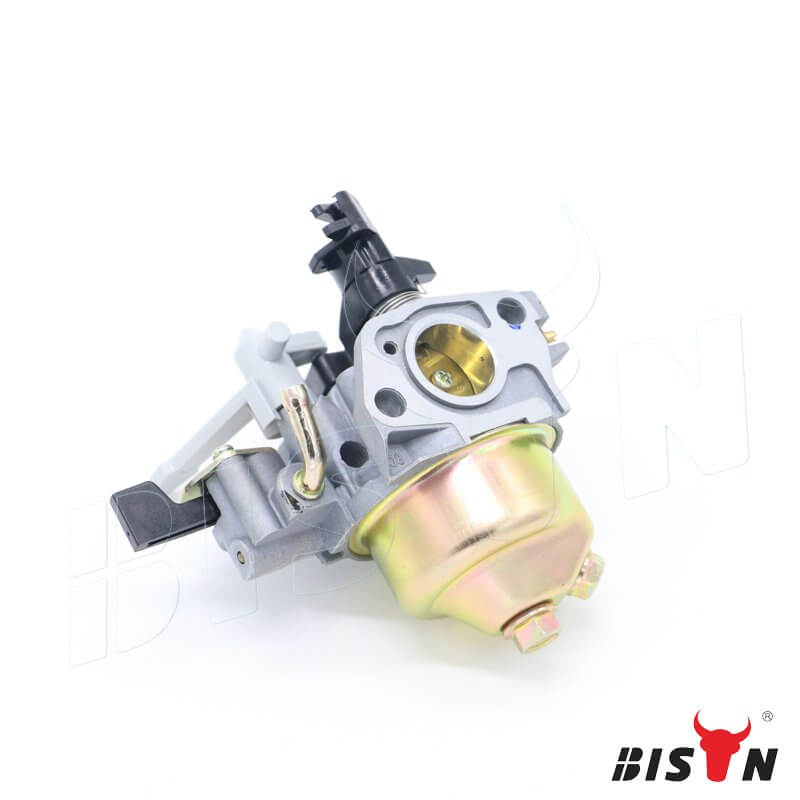 A carburettor is a device that mixes the air and fuel of an internal combustion engine at an appropriate air-fuel ratio for combustion. The working principle of the carburettor is Bernoulli principle: the faster the air flows, the lower the static pressure and the higher the dynamic pressure. The throttle (accelerator) key does not directly control the flow of liquid fuel. Instead, it activates the carburettor mechanism to measure the airflow into the engine. The speed of this flow, and therefore its (static) pressure, determines the amount of fuel sucked into the air stream.

Most production carburettor engines, as opposed to fuel injection, have a single carburettor and a matching intake manifold that separates the air/fuel mixture and delivers it to the intake valve, although some engines (such as motorcycle engines) Use multiple carburettors on split heads.

Older engines use an updraft carburettor, where air enters below the carburettor and exits from the top. The advantage of this is that the engine will never be filled with water because any liquid fuel droplets will fall out of the carburettor instead of entering the intake manifold; it is also suitable for oil-bath air filters in which the oil pool below the element under the filter is sucked into the filter, and the air is sucked in through the oil-covered filter; this is an effective system in the era when there was no paper air filter.

What is carburettor used for?

carburetor, also spelled carburettor, device for supplying a spark-ignition engine with a mixture of fuel and air. Components of carburetors usually include a storage chamber for liquid fuel, a choke, an idling (or slow-running) jet, a main jet, a venturi-shaped air-flow restriction, and an accelerator pump.

How do carburetors work?

The carburetor has two swiveling valves above and below the venturi. At the top, there's a valve called the choke that regulates how much air can flow in. If the choke is closed, less air flows down through the pipe and the venturi sucks in more fuel, so the engine gets a fuel-rich mixture.

Here are the key reasons why we are so good at satisfying our customers. BISON not only wholesales , but also exports other carburettor in bulk. The related products on the left are some suggestions from our customers, which may help you choose.

You can freely customize the color and material of the packaging carton at BISON. If you are also a carburettor manufacturer, BISON also offers cheap carburettor parts.