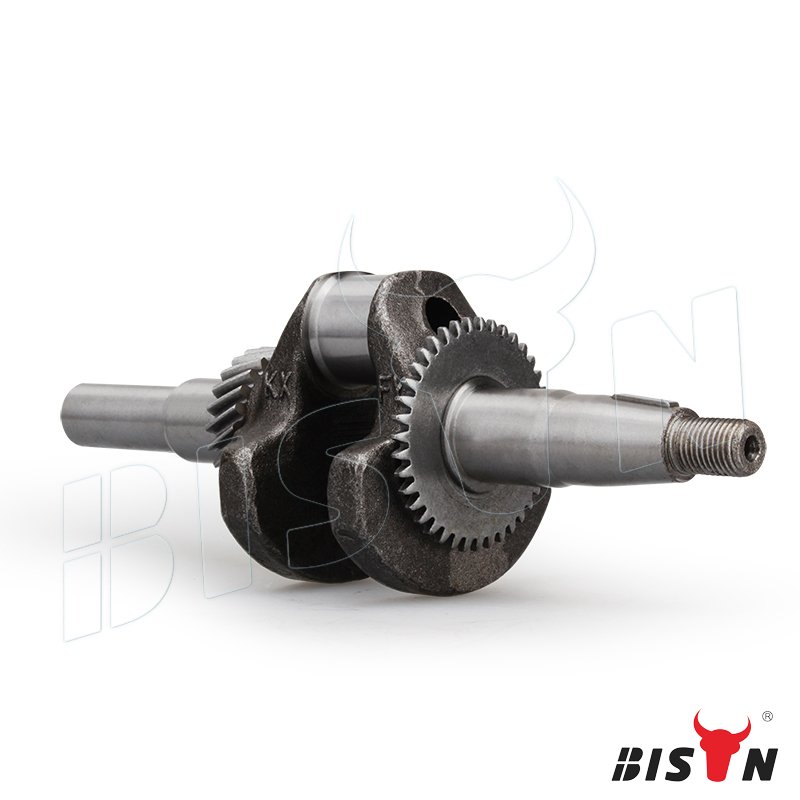 The crankshaft is one of the most important components of an internal combustion engine, and it is subject to very high dynamic loads during the engine use. The choice of materials and manufacturing methods depends on the type of engine and the geometry and design of the crankshaft. High-strength materials must be used to ensure a long service life. Steel crankshafts are usually manufactured by forging or die forging, and if the material is cast iron, they are manufactured by casting.

INSTALLATION FAULTS AND WEAR ARE THE MOST COMMON CAUSES OF DAMAGE TO THE CRANKSHAFT AND CRANKSHAFT BEARINGS. Softening of the bearing journals due to previous bearing damage or improper modification work, e.g. excessive regrinding.

What is crankshaft made of?

The majority of OEM crankshafts are made of cast iron or cast steel. Molten metal is poured into a sand casting to create the basic shape of the crank, then this raw casting is machined to its final tolerances.

Here are a few of the reasons why you should choose us for your business building needs: BISON not only wholesales , but also exports other crankshaft in bulk. Not looking for that? no problem! A few of our customers favorites are displayed on the left.

You can freely customize the color and material of the packaging carton at BISON. If you are also a crankshaft manufacturer, BISON also offers cheap crankshaft parts.